Reasons for the drop in exports

1. Export tax impact: The 15% export duty, slapped from 22 May, brought the market to a standstill immediately in its aftermath. After a fortnight’s lull, mills huddled to find a way out of the crisis, in the form of boron-added steel, which escaped the export ambit.
It is to be noted that while all categories under flats recorded a fall, only “electrical steel” exports skyrocketed by almost 700% albeit on a low base. From as low as 17,650 tonnes in Q1FY22, these rose to 0.14 mnt in Q1FY23. This is an indication that boron-added steel (which falls under electrical steel) category had increased from India and this push had come mainly from June when mills tried to work around the export duty by offering alloy steel. SteelMint’s data reveals that in April 2022, these were at a negligible 2,334 tonnes and in May, 2022, at 7,110 tonnes. 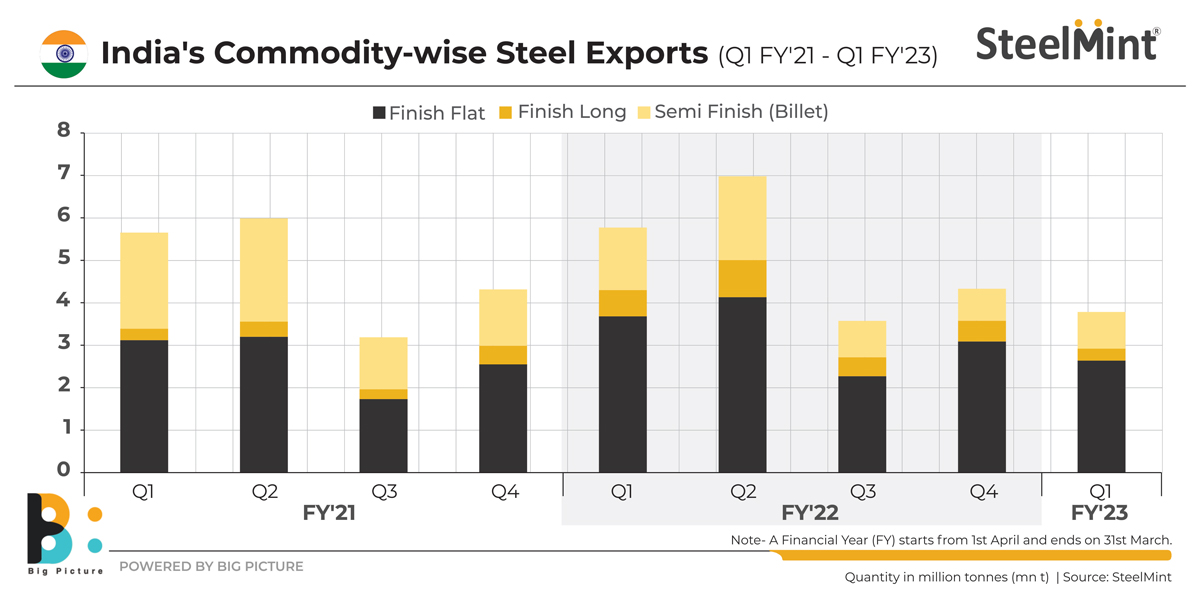 SteelMint understands that whatever volumes were exported in June, were boron-added with the trade in regular grades of carbon steel having come almost to a standstill.

Meanwhile, the 3.78 mnt seen in Q1 also includes bookings made prior to the tax imposition. However, all material, including those for which contracts had been signed or those lying at ports – also attracted the export duty. 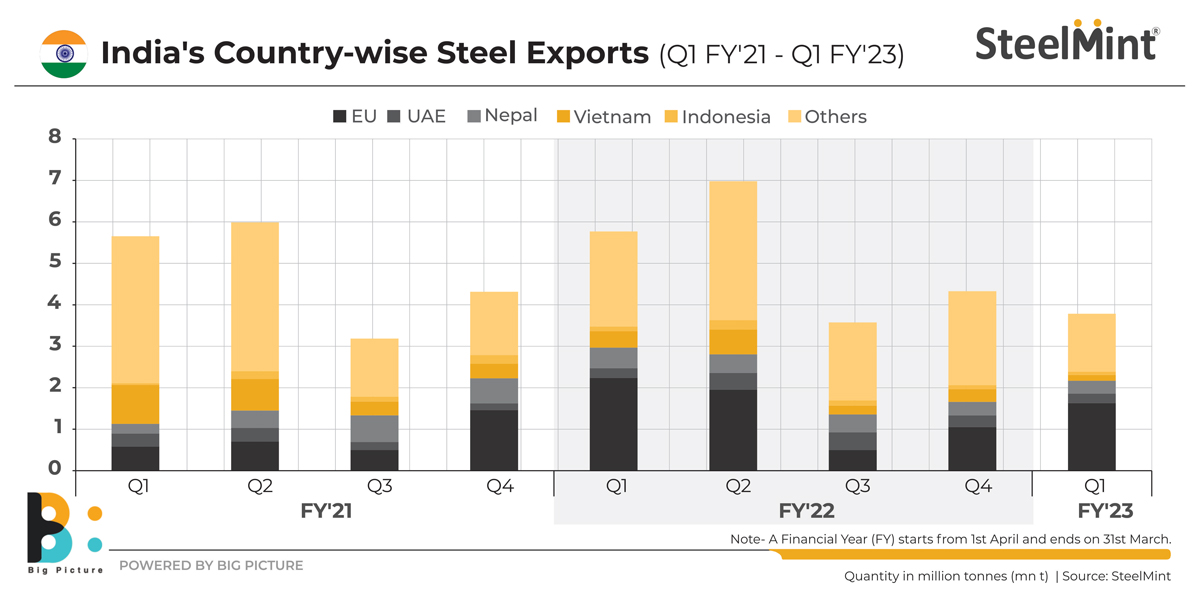 The export volumes in the second quarter (July-September, 2022) are expected to fall further although, going forward, alloy steel exports from India will increase further.

SteelMint forecasts that exports in Q2 will be even lower from that in Q1, for two reasons. Very few bookings have happened so far into the second quarter and it looks unlikely that many deals will take place in the remaining portion of the quarter if the export tax continues. In such a scenario, volumes can even drop below 2 mnt.

Secondly, overseas demand has been lacklustre on the back of the outbreak of the Russia-Ukraine war, energy crisis, inflation, debt crises, Covid lockdowns and supply chain bottlenecks.